The Story About the GameBoy 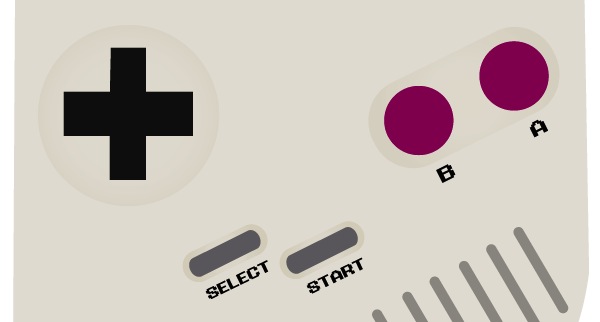 When I was a young lad, as most young boys, I was in love, and when I say love, I mean utterly obsessed, can’t sleep can’t eat obsessed with anything and everything that had to do with gaming. Now, this little mini me was always excited when a new game came out not to mention the truly magnificent emotions when a new console was released. So, as you can gather, I was a nerd

One day, I heard that a new gaming console was about to be released, the famous GameBoy. I’d read newspaper articles about it, I’d watched television ads, and oh how I wished I owned it. Days and weeks went by and soon came Christmas. Funny thing how Christmas can be such a joyful holiday yet for a young boy like myself it would become the most disappointing day of my childhood. Christmas eve of ‘96 or was it ‘97, not exactly sure, but we were all together as a family, my dad was there (mom and dad were divorced at that time ), my aunt and uncle, cousins and basically dad’s extended family. We had a lovely day, ate together and laughed together. Then, the long awaited time came when we were allowed to open up our presents. I was rushing through my presents with a purpose, I knew it in my tiny heart that I was sure getting a GameBoy, I mean, I was only obsessing about it for half a year, not talking about anything else, of course I was convinced that my dad would buy me one. One present and nothing, second and nothing, when all of a sudden, I see from the corner of my eye, my cousin unpacks his present that he got from his mom and dad and behold, it was a GameBoy. At that point in time, I had lowered my sight to my last present that was too flat to be a GameBoy (it was yet another t-shirt ) and I knew that there was no GameBoy for me. I felt devastated. As a young boy, I couldn’t understand that it didn’t matter, that I should have appreciated any present I got (like I appreciate socks for Christmas now and I am not kidding about this ). Looking at the bright side of life, I went to my cousin and we played with the GameBoy for the rest of the day but still it irritated me that I didn’t get one (I know, I know, I sound so spoiled but hey I was a kid, I know better now ), so I went to my dad and asked him if he would buy me a GameBoy. Incredibly, he actually said YES, he said of course, he said he will buy it for me and I’ll have my very own GameBoy by the end of the week. Oh the joy, oh the happiness, everything was alright, everything was peachy, I just needed to wait a couple of days. So I went home that day, as I said my mom and dad were divorced, dreaming about that GameBoy my dad promised. Come the end of the week, I was rushing to my dad’s place. My mom was confused as to why the rush, but there was no time for talking, a GameBoy was awaiting me. Entering the apartment I rushed into the living room and stood before my dad very eagerly and my dad, as promised, gave me a present. It was gift wrapped and everything. I went full Hulk on that wrapping paper. I was tearing it left right and center but my happiness was short lived because once I tore through the wrapping paper, I was presented with a console all right…. Yeah it was a gaming console, but not a freaking GameBoy it was one of those Chinese Tetris games.

The disappointment I felt still haunts me (as you can see). I was disappointed in the fact that I did not receive the coveted GameBoy and I was disappointed because I realized that my dad had no clue what a GameBoy was and the difference between that and a Tetris.

Looking back, I do have to say, with my adult brain and all that it was so foolish of me to be that scarred by such an event but that doesn’t change the fact that this incident left a permanent mark on my psyche. Parents can be unintentional (or sometimes intentional) dicks.