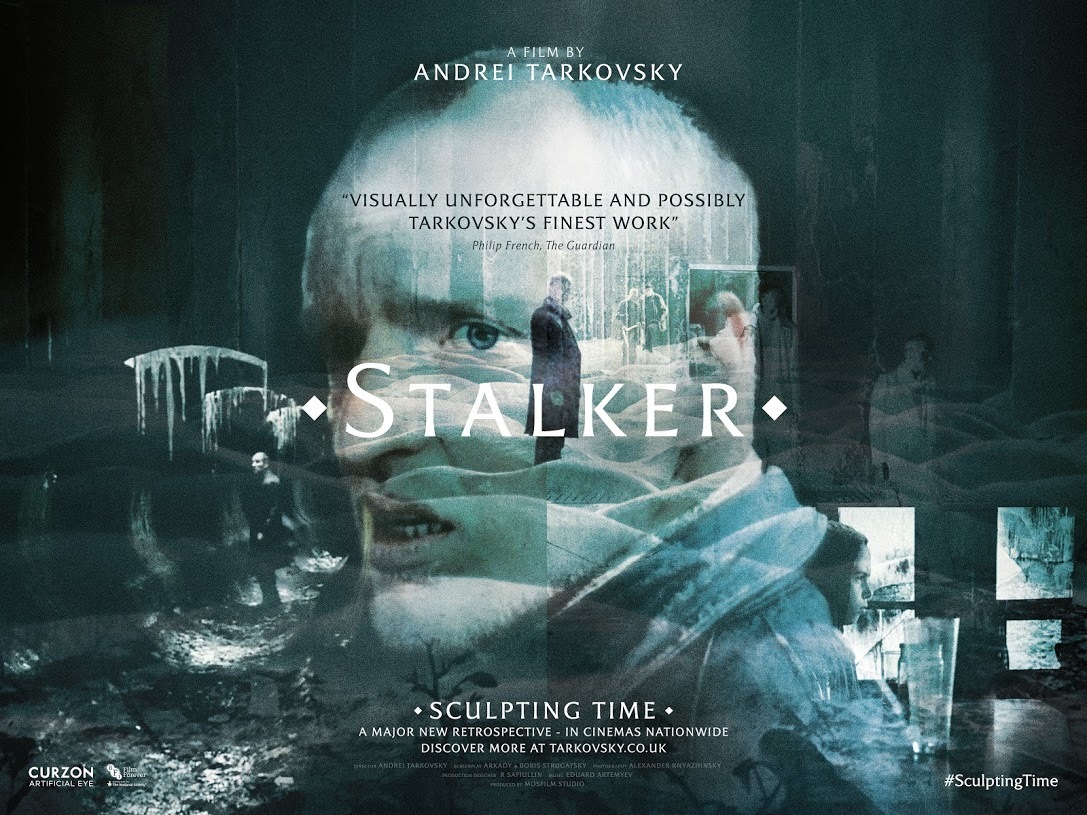 Tarkovskiy´s “Stalker” is one of those “sci-fi” masterpieces that will either bore you death, or you will be mesmerized by it´s long takes, bathed in sepia or pastel colour pallete.

Set in time and place which is not specified, but very similar of post-Chernobyl wasteland (which is kind of a prophetic vision by both the writers, the Strugatski brothers and Tarkovsky´s artistic vision, as Chernobyl happened 7 years after the films release), the film follows three persons in their quest to find a room which can fulfill any of the persons wishes. Now, we can observe this film trough the filmic lens, but also there is a strong connotation to the opressive communist totalitarian ideology of the time, so the room fulfilling wishes would be anyone’s cup of tea. Maybe the biggest asset of the film, apart from it´s visual “beauty” is the philosophical background, dealing with concepts of idealism, and, in the technical sense, the Aristotelian concept of unity – unity of location, time and action. The “Zone”, the wasteland we mentioned, is basically the 4th protagonist of the film, with its eerie sceneries, abandoned from the human kind. These long shots of the zone are something “The Revenant” probably borrowed, but the beaty of The Revenant´s nature is contrasted by the sickly images of the Zone´s wasteland. What is even more interesting is the fact that the the film which is 163 minutes long, has only 142 shots. In comparisson, normative in film industry for a film between 90 and 120 minutes is about 1500 shots. But, we must understand, Stalker is not a film per se, it is a philosophical tractate, which needs to be slow in order to connect the the time, space and location together in one unity. I won´t reccomend you to watch this film unless you are a cinephile or an aspiring artist, as you can watch any section of it and enjoy the “beauty” of the artistic vision of Tarkovskys neurotic mind.