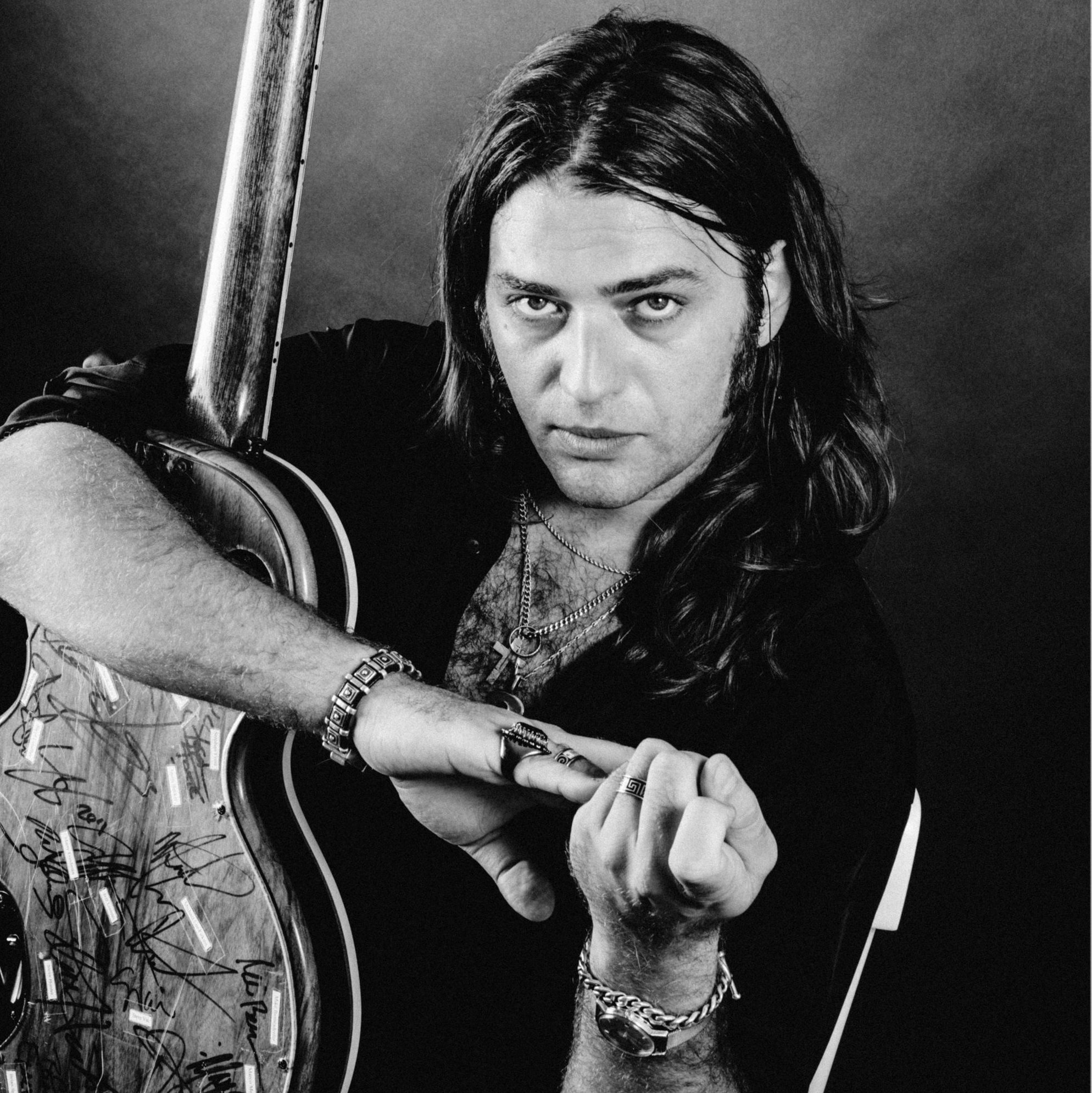 It is the still fresh and young year 2018 and we at NEONORDER have encountered a certain returning set of questions that pops up, a catalogue of bewilderments, a bunch of collectively (ir)relevant questions to ponder… questions that deal with the status quo in what we and you call synthwave… synthwave as a music genre, an art form, a lifestyle and a production hub. Like any other scene it evolves and changes, gains depth and complexity and new colours and facets.

I guess the primary key factor in this phenomenon’s evolution is the fact that its vital elements can all be created on a crappy little Laptop by literally anyone who has enough time and energy and a few bucks to spare. So, you see, talent and taste, purpose and depth are not essential anymore and by no means vital conditions for production or success these days. Everything gets created by everyone and everything gets produced, everything sees the light of day and gets sent out and displayed, the production and the quantity regarding the output is incredible. Not just in synthwave btw. This goes for the entire media sector but right now we are talking about electronic music and specifically, synthwave anno 2018… And that’s basically a good thing, right? Cause music belongs to everyone and must be enjoyed by everyone… in their respective way. Plus, it’s an entirely subjective experience, so what good is it to talk about “quality” of music, when we already KNOW that “One man’s trash is another man’s treasure”?

Anyway. That being said – I come from a different point of view as a musician. I come from JS Bach, from playing classical music in churches and castles and festivals for “old” or baroque music, but also from actually practicing my instrument many hours every day for many, many years starting as a kid. For a long time in my life as a guitarist and musician I used to think fabricated music was less sincere. Less “real” compared to the “other” form. But I don’t think like that anymore. I couldn’t produce ULTRABOSS if I was still caught in that mind-set. No, instead, this feeling needs to be articulated differently: Fabricated music today is less elitist, less specialized, I guess that’s what I actually feel. And thus some listeners and consumers might mistake such musical creations for failures because of a possible (or probably a simple and very obvious) lack of depth, elegance, thought, melodic harmony or basic knowledge of music structure and construction. Or not?

Even though I am a person who doesn’t judge or hate or discriminate – I sometimes still can’t help but wonder where this is going to lead the scene I feel so proudly part of. I wonder if it’s only me who is bored by the generic content that’s being displayed and hyped, dragged in to the spotlight even though you can feel it from miles away that the substance and content isn’t worth it. Am I? Are you? For years now the same old names have been dropped, the same old styles have been copied, mediocre and dull productions have flooded the market and the scene and much of it has lost its glow and vibe and most tragically, passion. And sadly, most of all, the pioneering spirit of a fresh and innocent new underground avant-garde movement seems to be gone after only a few years. Most fans and consumers, most of the more or less relevant review sites and labels (the few ones) define synthwave as, for example, “Scandroid” covering MJ’s “Thriller” (a big no-no in general AND totally superfluous if you ask me) or the repetitive non melodic rhythmical noise patterns of well-established acts like “Perturbator” being good examples for actual modern day synthwave. And like everywhere, their success is what proves them all right, but the essence, the substance, the actually generated harmonies and music speak a very different language. They seem dry, uninspired and shallow, almost archaically primitive, as if following a certain low level mission. They easily and automatically dominate festivals, the “big” labels, the platforms initially intended for promotion of the better ones of this former avant-garde music style. (then again, to me that is. You, the reader, may be in love with my chosen examples here, “Scandroid” and “Perturbator”, and that’s good for you. I can only write this article from my own point of view.)

So, why am I writing this? I am simply trying to articulate my observation of a serious drop in numbers, clicks and sales in the scene given that many fans do actually feel saturated by the superficial experience created by this problematic development. It has become obvious that every label in this little scene has teamed up with a certain “elite” group of performers and producers, most of them Laptop artists, and clearly has no interest in promoting HQ musical synthwave anymore but instead go for pop oriented superficial, primitive and dull mainstream sounds WHILE at the same time no energy and money is put into organizing and promoting the vital and essential part of every music genre these days – the live sector. The only safe haven left for any scene if you want to generate actual money, new target groups or/and actual artistic experiences for artists and audiences. Consisting of shows, concerts and festivals and specifically meant to promote and display the best of the best and the hottest cats in synthwave while entertaining the longing nostalgic masses and, as mentioned before, existing target groups and pushing the artistic content and quality of the scene forward and in new directions necessary to grow, evolve and thus, survive. But money talks and therefore evolution and growth have become guided by the wrong criteria.

I see myself as a spectator and not as a judge here and I am writing this only because my friend and fellow synthwave producer ISIDOR, just like me a classical and studied instrumentalist and musician, asked me for my 2 cents on this topic. However, I do have to skip more and more content due to its lack of creativity, direction, style and quality and that is sad. So many recent releases were incomparably dull and superficial and seemed like they were produced by people with no actual or even concrete intention whatsoever. AND furthermore, they even got promoted, presented and distributed by actual labels here. Knowing that this can’t be more than just a subjective opinion I don’t expect anything to change. Maybe I see it all wrong, who knows. Most things in art and culture need a long time to evolve into states that make their attributes and surroundings legendary and on top of that, most developments are automatisms anyway. BUT it doesn’t hurt to once in a while say “WHAT THE F$§@ IS THIS?” and question the direction of taste and purpose development in today’s synthwave scene and probably reassess the priorities, the big players, the “Big Names” and instead look for better and more meaningful ways to express and convey the feeling we’re all after and focus on the new ones, the talented ones, the unknown ones who have a right to get a chance…. Rather than continuing to highlight and hype the dull and sloppy ones who had their chance and time in the spotlight and are still falsely credited with being inspirations and trailblazers and what not, while actually being the opposite and spamming the world with their electronic Dadaism.

So please, dear synthwave aficionado, do yourself a favour and expect more skill, quality, craftsmanship, inspiring art and fascination from your favourite music genre and don’t mistake all that idiotic crap that is thrown at you on a daily basis for real or actual synthwave. It’s merely clowns with laptops being bored to death, supported by immense technology and the few “labels” and their mostly clueless and self-proclaimed “specialists”. With Kung Fury 2 going big and mainstream this year (which is a fantastic thing for them AND for outrun in general IMHO) and thus opening up the world of synthwave to not just a bigger public but also the international pop and music culture, it becomes more important than ever to not yield the floor to ignorant bunglers with their uninspired grandstanding but to those who know what they’re doing and can help propel the music and the genre where it belongs: To the top.