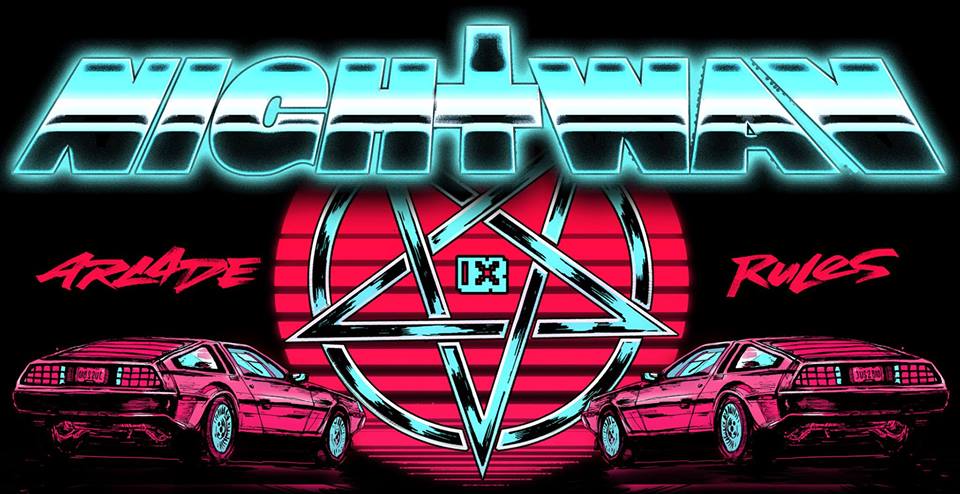 NEON ORDER wants to bring your attention to one of the hottest Synthwave parties of the US east coast – a monthly gathering of likeminded souls for a special Synthwave music event called “NIGHTWAV”. Initiated and hosted by Samuel Valentine it offers a variety of Synthwave styles to enjoy and listen to, a nice opportunity for the NYC based Synthwave aficionado to dance the night away. The scene is rapidly growing, changing fast and growing stronger every week after what can be called the “initial phase” of the early 2000s is over. Synthwave 2.0 is what’s happening, meaning new releases, more colourful and diverse styles and events appearing almost monthly and everywhere in Europe and the US.

Samuel’s enthusiasm feels like a breath of fresh air today, ensuring a certain avant-garde and underground-esque vibe and a truly practical and real life display of the actual richness of the music and the live party power quality in has in a scene mostly associated with and practically dominated by an event-lazy, monolithic and rather bulky “one man show” record label. As Samuel Valentine puts it, Synthwave “is the music for a future that never happened but everyone dreamed about in the 80s” and him trying to establish a growing, regular and beloved dance event in NYC is something I and all us Synthwavers have to thank him for. Not just because he may end up playing my own music (ULTRABOSS) there but because he actually does something vital for the scene – giving it a real life effect and purpose by helping “people get lost in good music again and giving exposure to the sick music all these artists are making”.

And boy, he is doing a good job here. He knows that the one thing that most of us have in common “is a love for how parties, art and music where represented in the 80s”

We at NEON ORDER wish him all the best with this endeavor and assure him of our continuing support.