KUNG FURY – Short But Out Of The Competition 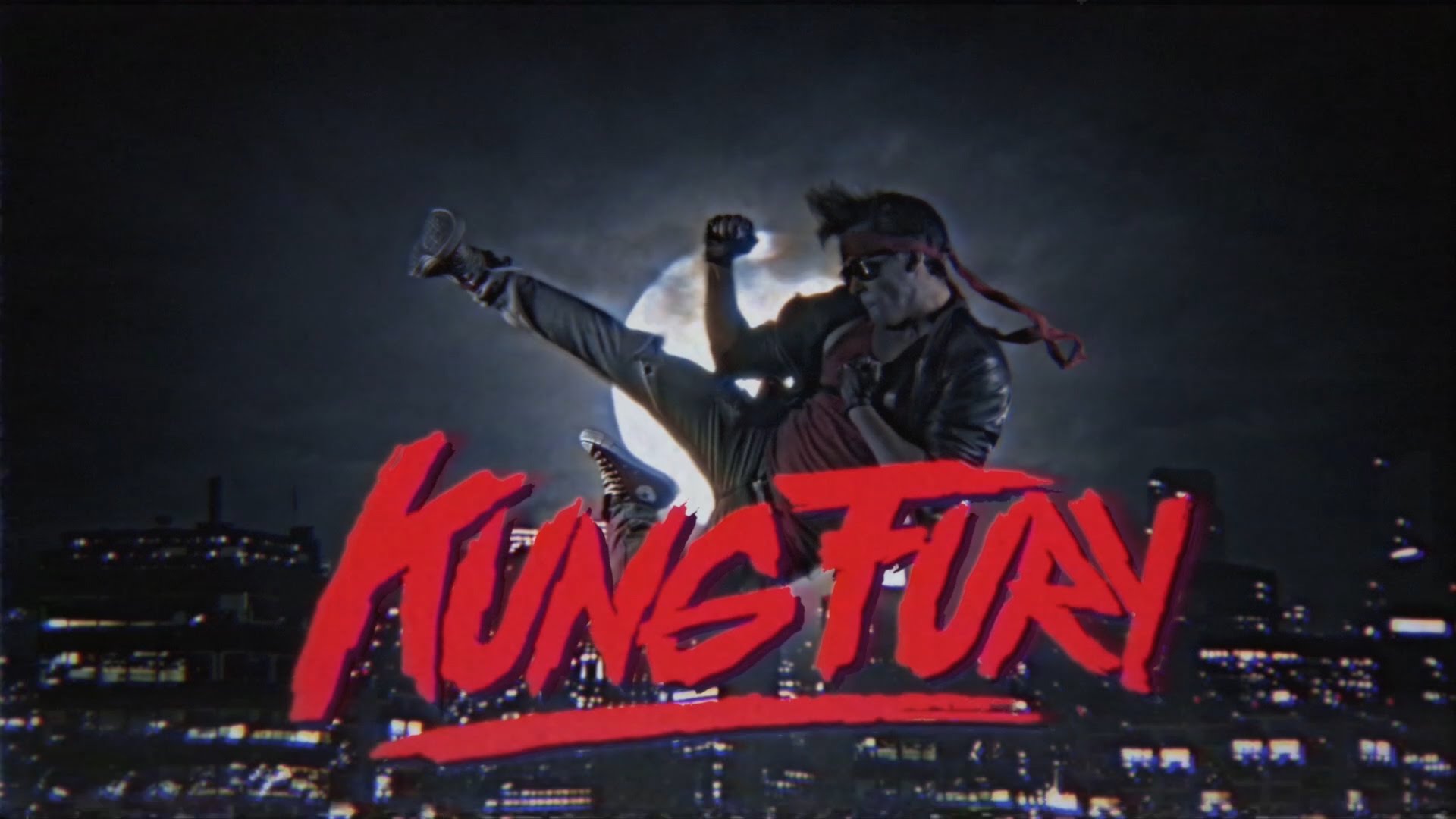 Today, we’re going to highlight one of, in my opinion, the bestEST! (Yes, I mean
bestEST!) short movies in the predecessor period. Kung Fury is full of overstated cliches from the ’80s filmography and still
awesomely put together in a 30-minute comedy. Low budget, low physics, lots of explosions and of course, a hero
(The Chosen One), to save humanity.

“Kung Fury” motion picture is full of Synth music and effects, which is one of the many reasons to talk about this gem.

Movies of the ’80s always tend towards some futuristic PC’s, items, gadgets, that are in most cases some, by the
director’s fantasy view, enhanced VHS technology with superpowers that are totally bitchin’. Weapons are mostly
firing some laser rays that get characters killed off during those dramatic movie moments.

Today’s subject is also mixed with dinosaurs, Nazis and the Norse mythology, which gives it the spice you’ve never tasted before.

If we’re to talk about the sequel, the only information (according to IMDB) is that the full-length movie, and not a
sequel, will be about the “Kung Fury” himself. It states that focus will be on the lead character’s universe, without
any other connections with it’s previous. Other details remain a mystery to us, and we strongly hope we will have a
chance to see it in the cinemas as soon as possible.