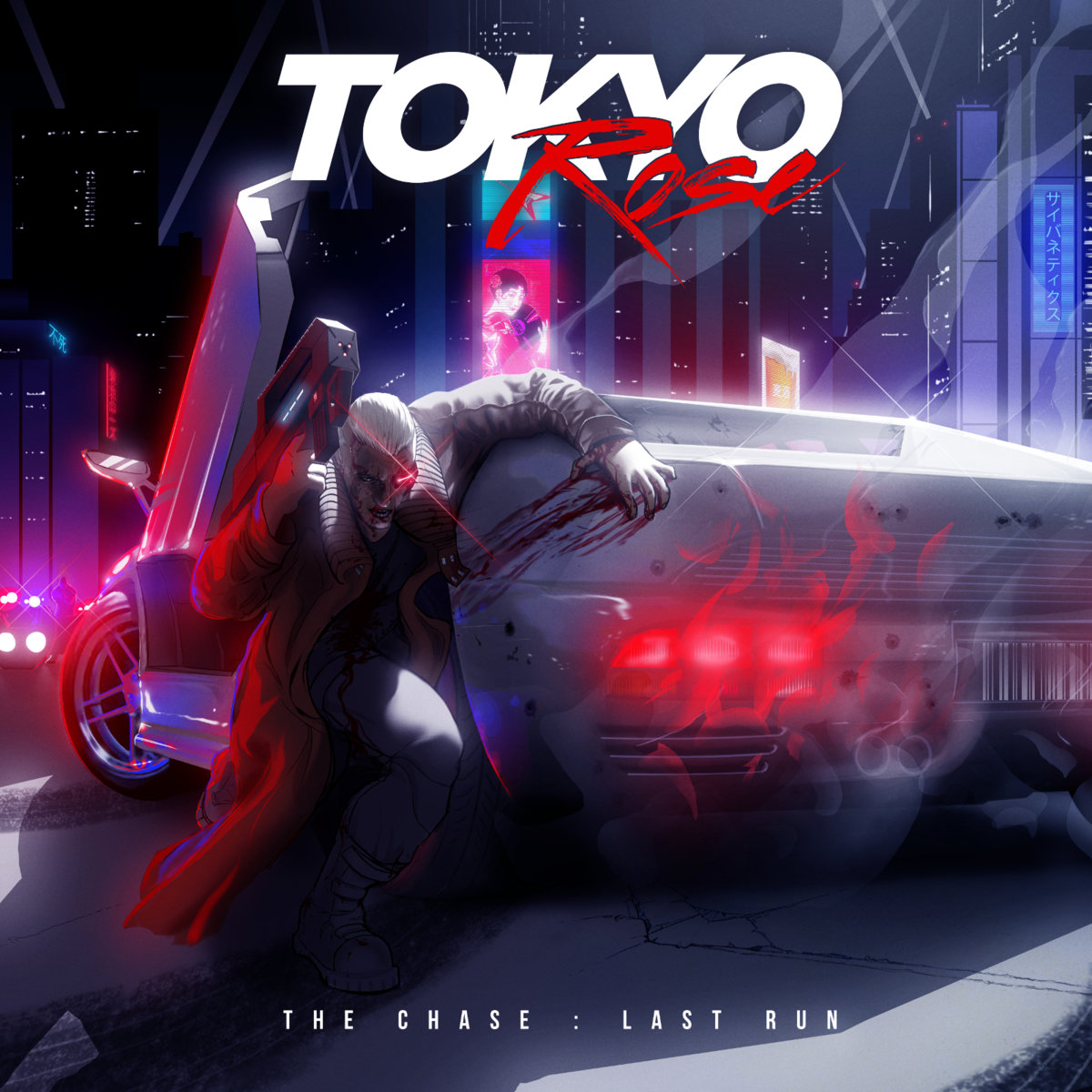 1. When and why did you start playing?

I started creating music about 8 years ago when I was 16 or 17. At the time I was making Hip Hop, Trap, Chiptune, Nintendocore, Dubstep, Progressive House, Hardstyle and Trance. I was very lost in what genre to really focus on because I’m inspired by every genre and wanted to create every genre. Until one day I ran into the track “Testarossa Autodrive” by Kavinsky and that’s when Tokyo Rose was born. I got more into artists like Kavinsky such as Miami Nights 1984, Power Glove, FM Attack & Harold Faltermeyer. I love music and as a kid, I was always into music. I found it to be fascinating to create something people could not see or touch, but hear and feel.

2. Which instruments do you play?

I play the drums, piano and very little guitar and bass. I had my first drum set when I was 1 and I began playing the piano when I was 6. I never liked practising though haha.

3. What was the first tune(s) you learned?

I don’t really remember the first tune I learned on the piano but one I can remember would have to be Destroy the Runner by Dungeon Elite. It’s not a complex song but I found it fun to play along to and on the drums “Nobody Don’t Dance No More” by Asking Alexandria. One of my favourite bands still to this day.

4. Is your family musical?

Yes. My dad plays the drums and bass and my mother can play the guitar. I also have siblings that play the drums.

My dad was a teenager in the 80’s so he’s big into music from the 80’s which also got me to get into the 80’s even though I was born in the 90’s. My mother was more into Contemporary Christian music which I could never get into.

6. Which famous musicians do you admire? Why?

I admire many but the musician that I really admire has to be Harold Faltermeyer. He’s done many soundtracks for many films and his sound is just unique and brilliant.

7. Which famous musicians have you learned from?

I’ve learned from Harold Faltermeyer, Kavinsky & Power Glove the most. There are others but those three were the ones that I’ve grabbed a lot of inspiration from.

8. Who was your first teacher? Other teachers?

My dad was my first teacher. He taught me how to play the drums when I was a child. My second teacher was a family friend that taught me some tunes on the piano. With their help I was able to practice a bit and become better in my instruments.

9. Describe your first instrument. Other instruments.

My first instrument was my drum set that I received when I was 1 haha. It was small but I was always playing it. When I was 5 or 6 I was given my first real drum set and electronic keyboard.

10. What are your fondest musical memories? In your house? In your neighbourhood or town?

I remember as a kid me and my brothers would play “rock band” but with real instruments. I always had fun playing that and jamming out with my bros.

11. Were you influenced by old records & tapes? Which ones?

To be honest not really. I’m a modern kid with SOME inspirations from the 80’s. I also grab inspiration from the 90’s, 2000’s and later. I’m always inspired by old and new sounds. In my opinion, you can’t really evolve musically if you’re stagnant and stubborn. Change is good and it helps you become a better artist.

12. Who are your favourite musicians? Groups? CDs?

I have so many. But some would have to be Kavinsky, Power Glove, Miami Nights 1984, FM Attack, Harold Faltermeyer, Booka Shade, Dungeon Elite and many, many… many more.

13. Have you been in competitions? Fleadh’s? Any prizes?

I entered a few remix contests when I first started making music but never won anything.

14. Do you perform in public? Describe those occasions? Concerts, radio, TV?

Not yet but I plan to perform live very soon!

15. Do you play for dances? Step-dancers? Describe the differences.

16. How do you handle mistakes during a performance?

I haven’t performed live yet but I guess I would do my best to keep the show going despite whatever mistake I make during a performance.

17. Do you get nervous before a performance or a competition?

I feel like I would probably be a little nervous but more excited than anything else.

18. What advice would you give to beginners who are nervous?

I would tell them to just have fun with their set and consume themselves in the music so that their focus isn’t on the crowd if the crowd is what’s making them nervous.

19. Do you attend sessions? What makes a good session?

I attend a lot of Metal and Hard Rock concerts. I think what makes a good show is an awesome setlist and amazing energy from both the bands and the fans.

20. How often and for how long do you practice?

I never practice haha. I cannot play for a long time and still manage to do well.

I use to teach old friends in high school tunes on the piano but that’s about it.

23. How do you balance your music with other obligations – mate, children, job?

It’s pretty tough especially coming home exhausted from work but when I’m feeling great and I have a free day for the studio I’ll try my best to work on new music. I’m hoping I can work full time with my music very soon. That would be ideal.