In a tunnel midst the dark… a bright red spark – review of the album “Red Gem” by Isidor, the synthwave master from Novi Sad 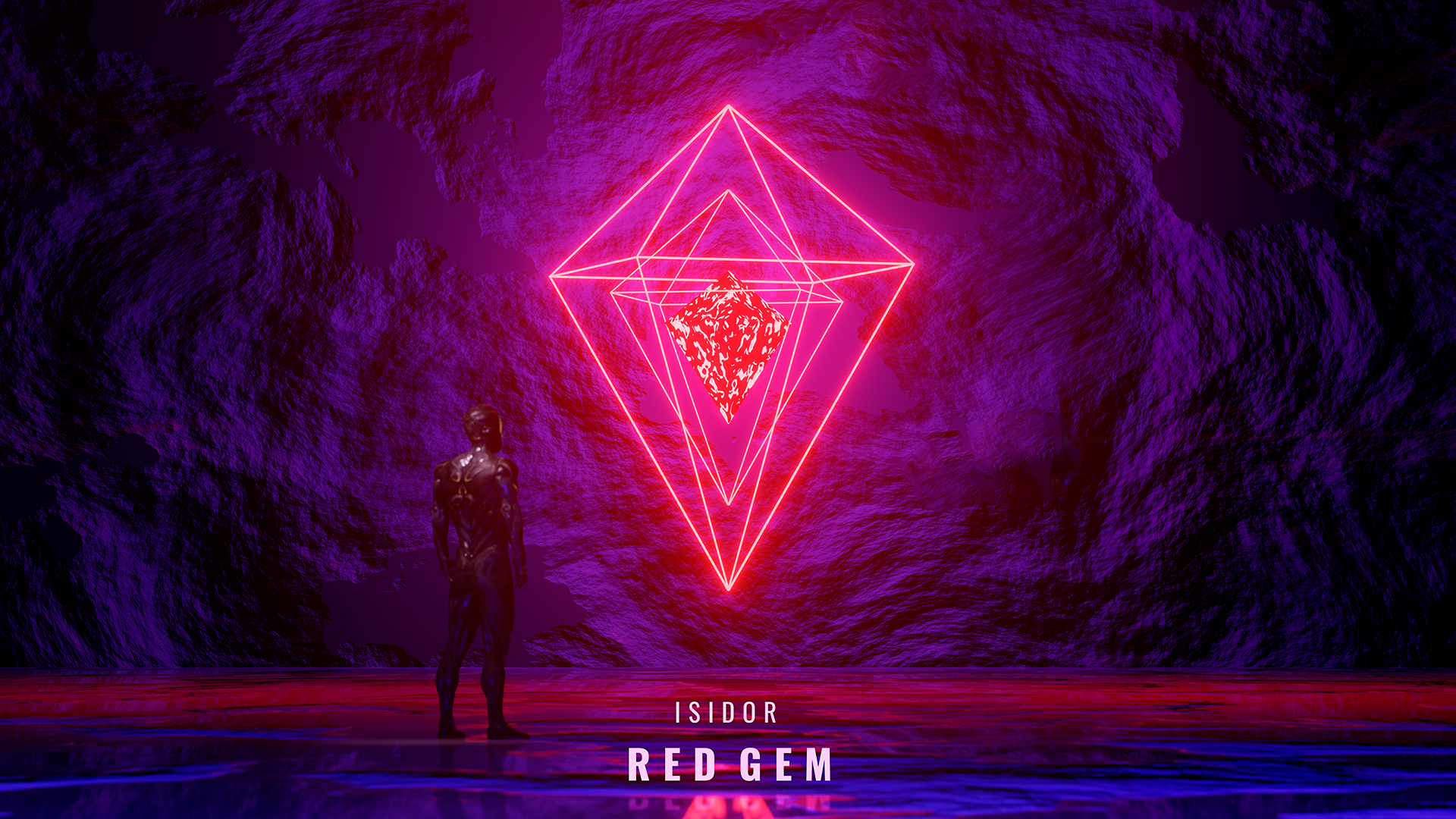 After his album “Avalon Quest” reached global success, Isidor’s Lord of Synth as his  spiritus movens doesn’t sit still, but rather dives into new adventures, which almost cost him his life.

It will be evident to you after listening to this album that Isidor stayed up to the task and gave quite a homework to the now faceless synth/retrowave corpus. I wouldn’t waste my words on the production, because if someone played you this album without you knowing who it is by, you’d have no idea it was by a bedroom musician from Novi Sad. Since it seems mister Bobinec is a perfectionist (which there’s nothing wrong with), he maintains and improves the quality of his sound, which is unmatched on a worldwide level. He is also recognized by a lot of artists and YT channels that are focused around this kind of music, and his status is reinforced by the fact that his songs are on many playlists and mixes.

The cover art and graphic design of this album is the work of Tamara-Rebeka Lukić, and I’m sure that you haven’t seen this kind of equally masterful visual treat in this domain in a while from our region. (Serbia)

Without further praises and unnecessary song dissections, I kindly recommend that you listen to this album and read the synopsis at Isidors Bandcamp page:

because you’ll notice, and hopefully acknowledge a great literary potential, which I’ll talk about later.

The album is also available on Spotify:

Already from the opening track, featuring the multi-instrumentalist Andy Gillion (the 80s style guitars I love to hear), the dark synth/retrovawe ride doesn’t give you even a second of peace. I think he hit the sweet spot with the amount of synths and guitars this time around, and that the songs have a sense of uniqueness – the harmonies, the synth timbres, no genre influences outside his frame, from time to time some modern pop arrangements (no Vangelis or Kraftwerk this time around), which showcases Isidor’s hard work on the general recognizability of the project.

What’s new in comparison to the previous releases is the variety of themes he touches on, which are classic (cosmic) horror/NF literature. And not just any kind. Those influences are, on their own, maybe incompatible with the neon background of the genre and the song titles that are in line with the established synthwave terminology. The significance of “Red Gem” is in the fact that it shows that the essential mythology of H. P. Lovecraft and the ambient of “Dune”, the cult classic by F. Herbert, are very much needed as a breath of fresh air and that they open up new possibilities, provide new sources of inspiration, when you think you’re fed up with futuristic motorcycles and cars, the neon aesthetic (which is present on the artwork, but “behind the curtain” in the music as well), palm trees on the coast of Miami and cult video games.

Perhaps such albums already exist (I personally haven’t come across this combination), and Isidor doesn’t boast about it anyway, except in the song “Mémories of Arrakis”, where the “Dune” influence is most evident. You’ll have to try a little harder for Lovecraft. For that reason I recommended that you read the textual part of the album, and trust me, the songs will get a completely new dimension, if the album on its own isn’t enough to you as a benchmark of quality synthwave.

Without a doubt, the combination that Isidor offers, besides being useful as a starting point for listening to this micro-genre, is the right choice if you’re already a fan of it and you need some freshness and breeze under the heavy mantle of dark fantasy literature masters.
Original text: https://www.dotkomsite.com/recenzije/u-tunelu-usred-mraka-odsjaj-crvenog-zraka-recenzija-albuma-red-gem-novosadskog-synthwave-majstora-isidora/