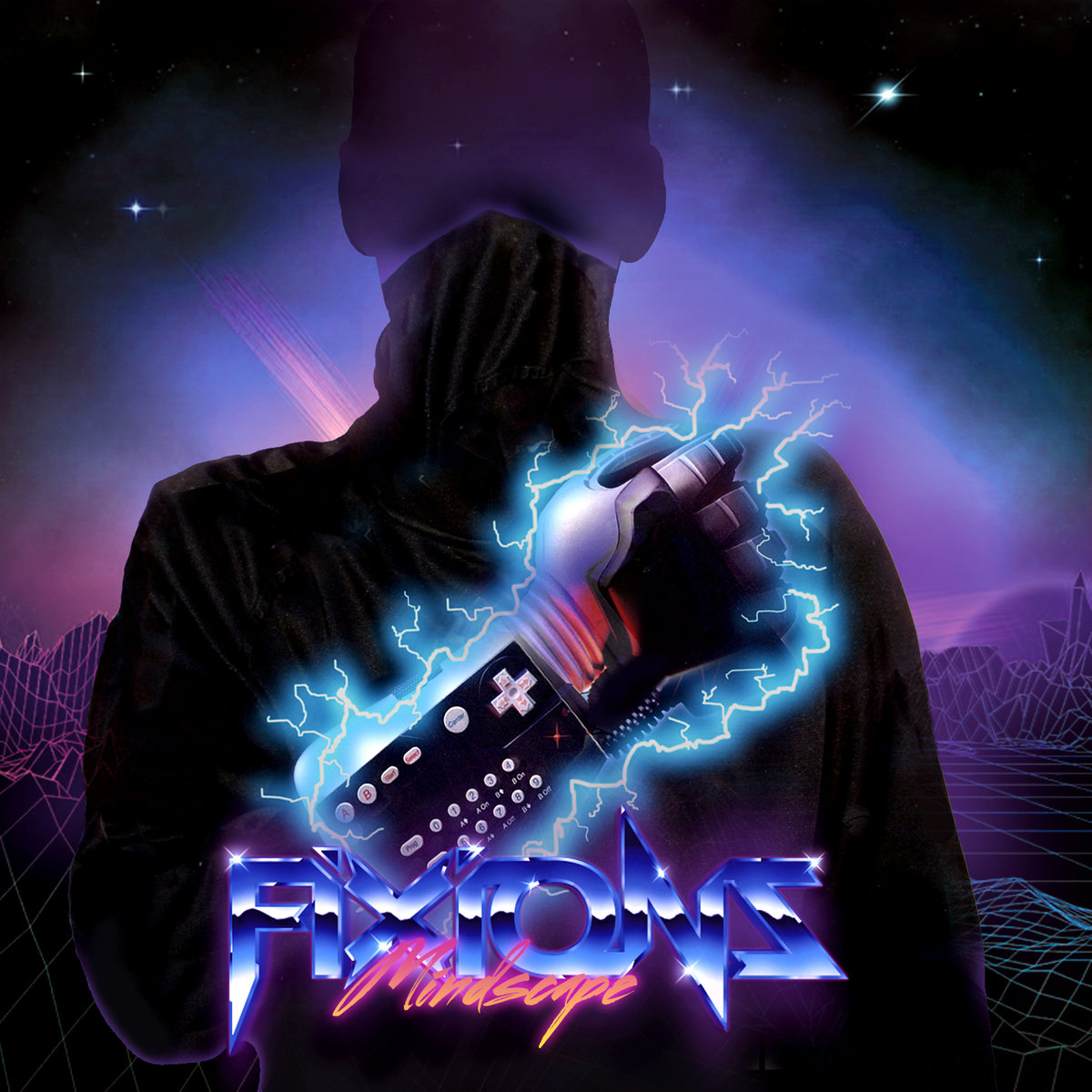 Fixions is one of the most exciting and innovative artists making dark synthwave music in 2018. He has an unmistakable style that is simultaneously brutal and beautiful, and he has been helping to pioneer the darksynth genre since 2012 with his intricate and surreal compositions. His two most recent releases, Genocity and Headhunter, are among the deepest and most rewarding darksynth creations recorded to date. I had a chance to talk with the mastermind behind the Fixions project to gain some insight into his creative process and the influences that shaped his musical approach.

1. Your music has prominent themes of science fiction and horror. Are there particular things you turn to for inspiration?

Well, whenever I’m working on a creative process, I try to shut off everything inside, generally my brain is 100% focused on this abstract process, it’s almost like a second state. I think it’s the same state everyone is in when they’re 100% focused on something, like sports or gaming, it can be anything. So I would rather say I turn everything off, haha. I guess my inner demons take over on me.

2. Your music has evolved and become quite a bit more complex since Euphorion in 2012. How do you imagine it changing in the future?

Thanks mate. Yes, I learned a lot and it’s a real challenge to keep surprising myself. I think I will keep focusing on the aura of every track, what I can feel and what I think listeners will feel. I really want to build the deep, inner landscapes as much as possible.

3. You have multiple Fixions albums now. Is there one that you’re especially proud of?

Probably Genocity. It’s a whole concept, every song is a narrative piece of a very deep and dark puzzle, and there’s a real unity between all the tracks despite the different kinds of atmospheres on them.

4. Let’s talk about your background a bit. What was your first instrument?
Well, I started to create and record stuff on tapes with guitars, keyboards and percussions before I knew how to play any instruments… Then I started to learn guitar by myself, and then drums a few years later.

5. What was the first album you really loved?
Oh man this is really hard to say. When I was a kid I started to like music but it was Euro dance, singles from Ice MC or E-Type. I think I started to like and understand music with Queen albums, maybe with their second recording, a very progressive and epic album with tons of experimentation and layers. It was Christmas and I was expecting Greatest Hits 2 but my uncle misunderstood and bought me Queen II, second opus. Man, I was disappointed after seeing the title, but not after I listened to the CD. It’s pure magic. I still listen to it often and always feel the same celestial vibes. There’s no keyboards on it but Brian May is a such an inventive guitarist. He succeeds in emulating tons of classical instruments with different techniques, and so sometimes you can hear like a whole orchestra playing with the band, but it’s only Brian.

6. What are some of your current favorite musicians and albums?
Really liked the last Lazerpunk! album. It’s got balls and it’s very creative, that’s something I cherish in today’s synthwave / cyberpunk scene, as it’s maybe too rare. I really dig the last Perturbator album New Model. It sounds perfect, I can’t stop listening to it. I also really like newcomers like Introspect and Microchip Terror, and they both enter the scene with a very solid and personal production. I’m also into a lot of extreme metal, but that’s another story.

7. What is your past experience with metal music?
I took a long break away from electronic music where I focused only on metal and hardcore projects. I was into a lot of European black metal and post black. I was listening to a lot of Ulver, Emperor, Arcturus, Abigor, Golden Dawn and these kind of very epic, dark, and progressive extreme metal bands with rich atmospheres, keyboards, folk and psychedelic elements.
I’ve played and recorded stuff for a lot of extreme metal bands, also extreme hardcore ones, using my guitars, drums, or vocals… People who are interested in my past projects can hear me doing almost everything in Smohalla, and other obscure projects like Sveta Istina Vjestica, Yshnav, or Mirage Vipere. I also recorded keyboards for Alien Syndrome 777, Selcouth, and I sing in the last HKY EP. I also played in bands like Aghoris and The Third Memory.

8. How did you get into electronic music?
When I first started to work on electronic stuff in the ‘90s, my main source of inspiration was clearly Aphex Twin. After I took a break to focus on my metal projects, it was bands such as Zombi and Fever Ray that gave me a strong desire to work on synth and electronic stuff again. I was not aware at all about a synthwave scene or artists. I knew Kavinsky or Justice, but my goal in the beginning was to just create a mix of EDM, ambient and retro electro from the ‘70s and the ‘80s. Once people started talking to me about a synthwave scene, I understood I was one of these artists creating post ‘80s tunes with retro visuals, one piece from a great puzzle.

9. Fixions doesn’t quite sound like anything else out there. Do you try to be unique with your music or does it just come out that way?
Maybe I’m just a vector, like, I put off my brain and let the demons laugh and become something concrete in our dimension. So I guess they are rather creative, cause this shit can sound really twisted sometimes, haha.

10. If you had to describe your music in five words or less, what would you say about it?
Dark, twisted, cyberpunk, powerful, magic.

11. Is there a modern artist in synthwave or darksynth you really respect or admire?
Probably Perturbator. I really like and admire his work, especially his last two releases.

12. Do you play live shows?
I did in the past, but I didn’t really like it. I’m definitely not a DJ. I like to produce live when it comes to my metal projects, as I’m playing a real instrument, but being alone on a stage and just pushing buttons isn’t inspiring to me. Maybe if I came up with a cool live project I will give it a try again, some kind of cool shows, with a real performance and something to share with the audience, but I prefer to focus on the creative process for now.

13. What’s your biggest goal as a musician? For Fixions?
I have absolutely zero goals. Just the need to create and share my stuff. It’s been that way for like 20 years.

14. Any big plans for 2018 and beyond?
2018 should be the vinyl year for Fixions. Mother Russia Bleeds OST and Headhunter should be available in the next weeks hopefully! I’m also working on a noise/black metal/post-hardcore project called Yshnav to come soon, with my friend Indria from Alcest and Pisch from LSDVM. I also have new sounds from Fixions to come soon…