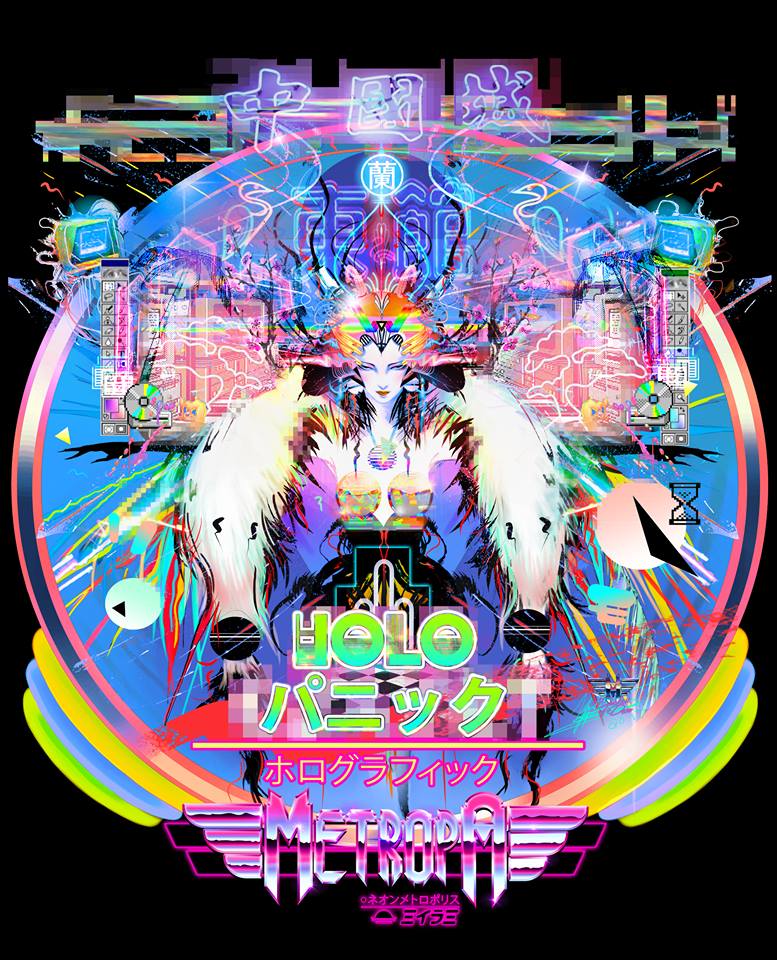 Heather Hermann is a 28 year old 4th generation native Nevadan. Born and raised in the city that never sleeps, she has made her mark amongst the neon lights as one of Las Vegas’ prime influential artists working in the industry today. Her unique style, extensive education and passion for the arts is absolutely unquestionable. She was professionally trained as a ballerina for 20 years and served as a Principle, Soloist and Corps De Ballet with various established companies. Royal Academy of London, Paris Opera, NYC Ballet, Fosse, ABT and San Diego are just a few to name on her resume. ​Working with various mediums and inspired by many different outlets, Hermann’s concentration centers around Post-Modernism, Art Deco, Neon-Noir and Retro-Futuristic visuals. Heather’s focus is aligned to the conceptual ideas and techniques honed by illustration masters Yoshitaka Amano, and Erte. Most of Hermann’s works contain dreamy aspects similar in aesthetic quality to Klimt, Rodger Dean, Rulleman, Sorayama and Takeya. Nostalgia that is reminiscent of fantasy/sci-fi video games and films of the 1980’s. Heather is one of the only people who is continuing the legacy of the watercolor and gouache techniques invented by these masters only to pass on the torch in the new age of Art Deco design. Heather felt a new surge of inspiration in 2012 after many life transitions and began seeking out images that could only be remembered through childhood subconscious. Her fascination and ability to finally begin collecting items that contributed to that became her obsession. Finding Art deco 1980’s revival sculptures, artworks and everything in between that fit the period accurate mold. She became one of the forefront pioneers in retrieving rare Art deco items from dealers, antique suppliers, thrift stores and fine art galleries. If you can imagine it, she has the ability to find it. Her personal collection is extensive and she contributes to private clients with interior design consultation to acquire rare pieces. Heather’s obsessive nature led her into a small building community of indie music artists pioneering the sound of Synthwave and Vaporwave. Musically, synthwave is heavily inspired by new wave and the soundtracks of many 1980s films, video games, cartoons and television shows. Composers such as John Carpenter, Vangelis, and Tangerine Dream are major influences. The style is mainly instrumental, and often contain 1980s cliché elements in the sound such as electronic drums, gated reverb, analog synthesizer bass lines and leads, all to resemble tracks from that time period. Vaporwave is a music micro-genre and art movement that emerged in the early 2010s among Internet communities. It has a nostalgic fascination with retro cultural aesthetics (80s, 90s, and early-mid 2000s), video games, technology, postmodern Japanese culture and advertising, and styles of commercial and popular music such as lounge, smooth jazz and elevator music. This was appealing to Hermann as her life’s work was shoved into a specific niche until these communities arose. She was immediately received by several music artists, collectors, designers, film makers and other creative individuals looking for her artwork and expertise. A lifelong “nerdisim” surrounded in nostalgia like a glitching VHS tape desperately seeking to rewind and remember the past was finally restored. Many of her clients have exclaimed that the work “represents a lost reality within the genres that feels like going home. A true blend of what it means for the future of Art Deco.” Heather had John Dolamayan from System of a Down purchase her largest work to date at 10 by 5 feet in length for his personal collection. Various celebrities, indie music artists and filmmakers have endorsed Heather and have crowned her “Queen of Synth” as one of the prime individuals who helped kick start the internet revival of the style in 2010. She is currently working on several new album covers for well known artists such as TEK (Phaslerand, Pengus, Matt Kwid), SKRIPT, Violet Jean and Valerian, Ultraboss, DEADLIFE, The Van Dammage, ​ ​and Dream Fiend who collectively have many followers on Youtube, bandcamp, soundcloud and various media channels. Heather is always ready to assist musicians with their endeavors by supplying professional artwork for album covers, branding and music videos.