Album Review: Wolf And Raven – Lair Of The Dragon 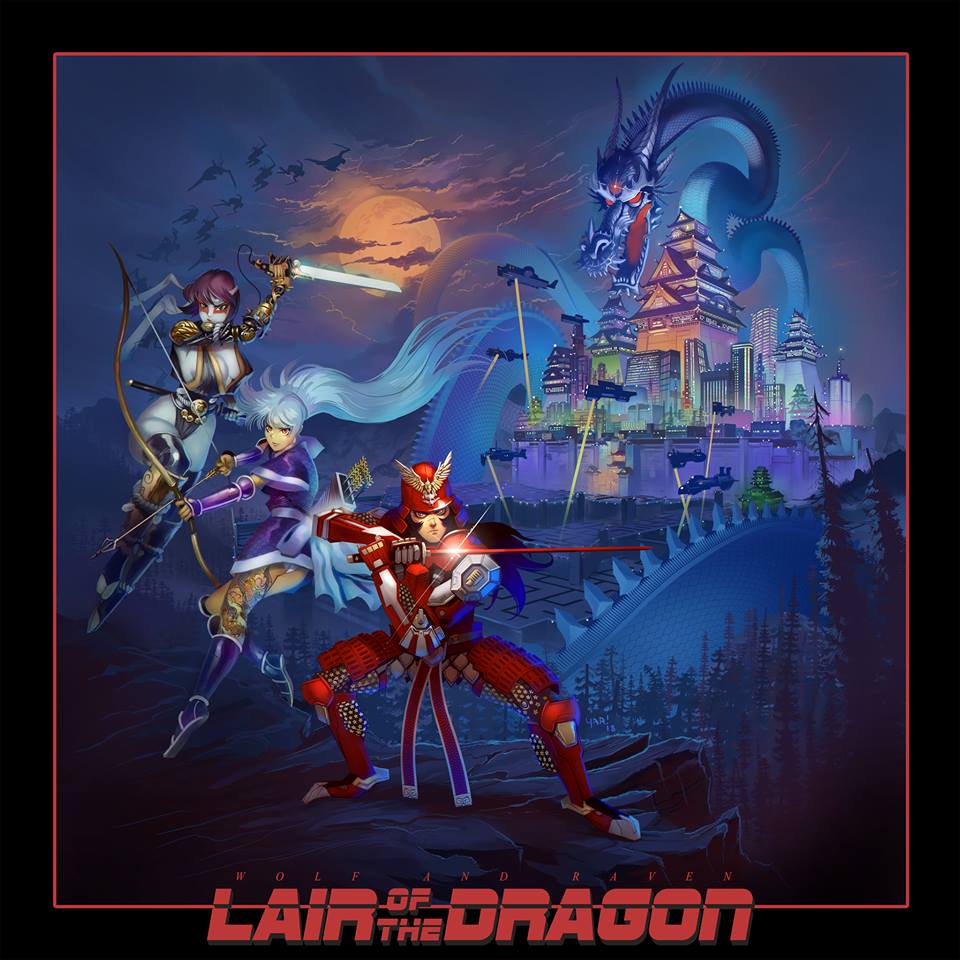 The new album “LAIR OF THE DRAGON” by synthwave/outrun veterans “Wolf & Raven” is again packed with high energy outrun spirit all through the album and is a must have for every true fan of the genre.

The album is a purely original effort and not related in any way to the 1983 video game “Dragon’s Lair” or the legendary KOTO synth anthem “Dragon’s Legend” ..which is what I thought when I read the title and saw the fantastic and artful cover image by the immensely talented graphic artist Chris Yarbrough. If you like your synthwave/outrun with a certain amount of electric guitar doing the lead melody work, you have come to the right place.

Chris Greninger, the guitarist of the duo, delivers solid and inspiring guitar work on every single track, the execution is flawless and the melodies and phrasing impressive and, most importantly, very supportive of the music. The song arrangements are authentic, interesting and captivating throughout the whole listening experience, songs like “Affections across time” are mellow, elegant and well-arranged musical poems, which suddenly erupt into a more aggressive and demanding electric-guitar-dominated sphere highlighting the work ethic of the composers and producers: variation in soundcolor, depth, drama and mood are crucial to Wolf & Raven’s trademark synthwave.

The style and mood of this uplifting Wolf & Raven album are partially rooted in Asian or eastern musical character, as the use of certain instruments and scales, like in “Lunar Festival” or “Demon city”, especially pentatonic scales, are definitely meant to create that kind of mood – with success. However, solid outrun bangers like “Final Frontier” carry the most typical Wolf & Raven vibes you could wish for as a fan of the genre and the band.

This album is again a solid and successful statement by Wolf & Raven and you should definitely check it out, as well as their other albums.

4. Variation and dramatic density in composition and arrangement: CHECK