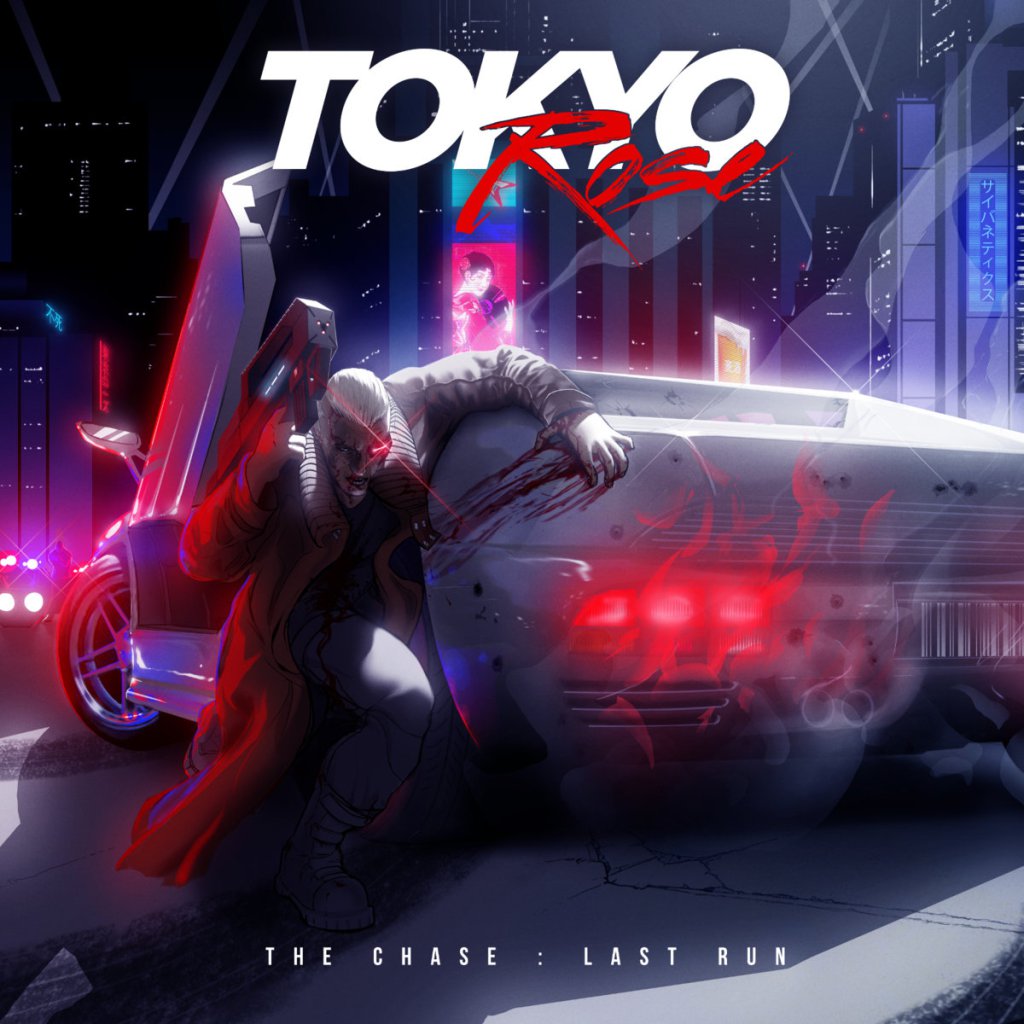 Tokyo Rose’s full-length album has finally arrived, and although it offers plenty of enjoyable individual moments, the relentless repetition of each song drives an otherwise solid recording off course.

It’s hard not to compare The Chase: Last Run to other releases from the NewRetroWave label in 2017, and specific comparisons can easily be made to Kalax’s self-titled release: the album art is attractive, the sound production is solid, the melodies are alluring, and a brief listen gives the impression that a top-notch recording is coming through the speakers. But like Kalax, Tokyo Rose’s brand of synthwave music is distinctly outdated, and what would’ve been a fresh and exciting release in 2013 feels flat and tired in the final days of 2017.

There are two principal culprits for The Chase: Last Run‘s underwhelming performance. The first is the fact that many of the songs on the album were actually written and released years ago on Tokyo Rose’s Chases EPs. Although it’s not unusual for artists to re-release music from singles and EPs on subsequent full-length records, the amount of time that’s passed in this case makes their inclusion feel forced. For example, “Cruis’n,” the album’s opening track, was originally released in March 2014, over three and a half years ago. Fans who have been following Tokyo Rose for any amount of time may therefore find it difficult to classify The Chase: Last Run as a new album.

The other, closely related issue, is the fact that all of the songs, even the ones unique to this release, feel like they were written four or five years ago. Most entries on the album fall squarely within the Synthwave 1.0 style of songwriting, featuring a stiff, static beat that persists for the track’s duration while a similarly monotonous melody runs over the top. Each one sounds great for its first minute or two, but absolutely nothing changes as the song progresses, and what is exciting at the one-minute mark consequently becomes stale and wearisome by the four-minute mark.

If The Chase: Last Run had dropped in 2013, it would’ve been one of the finest synthwave recordings to date. Arriving late in 2017, after two or three years of rapid and exciting evolution and advancement within the scene from artists like Phaserland, Wolf and Raven, and Isidor, as well as darker artists like Fixions and Roborg, this latest release from Tokyo Rose simply feels belated. Compared to the best synthwave albums of 2017, The Chase: Last Run is in danger of being lapped.