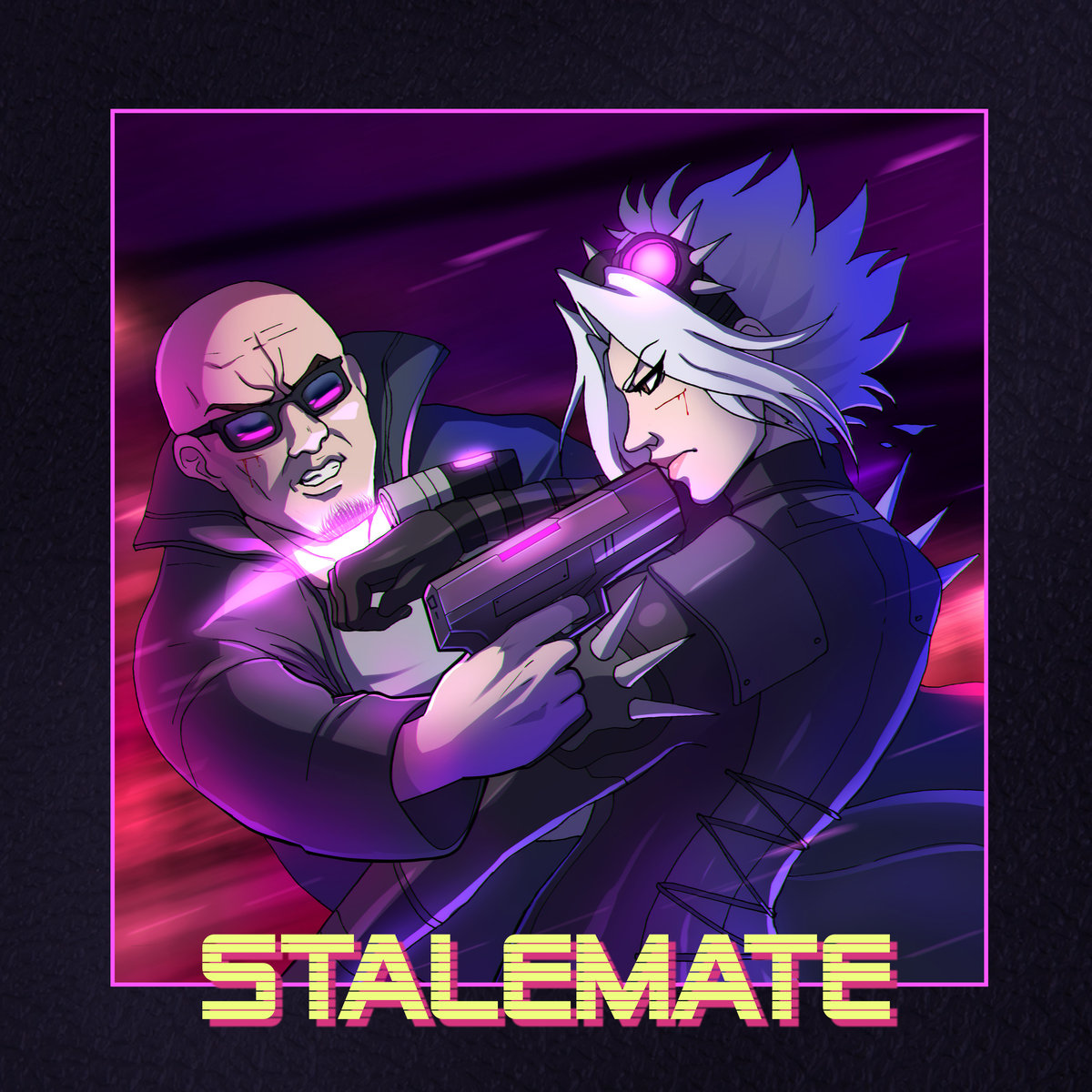 Today we present you the new 8 track album „Stalemate“by “Straplocked & Ray Gun Hero”.
The two artists created an adventurous ride through the genre with several elements from all over the world of electronic music.

Powerful commanding sounds are a trademark on this release, reminding me of other synthwave artists such as “Powerglove” or “Isidor”.
Listening to this album i found myself thinking about Cyberpunk 2077 universe as it is still fresh in my mind,
but as the tracks move on it feels like the artists didn’t really know what to do with them or how to handle them for long.
The same motive goes on and on for way too long. You can hear the talent behind this music but the lack of musical form and arrangements and a professional musician’s touch makes this album a little bit monotonous for the listener.

However, the timbre and mood of the album are definitely retro futuristic anarchy paired with a fair amount of Judge Dredd oriented justice.
The songs are aggressive and pumping all through the record and convince the listener by using many interesting sounds and, most importantly, styles.
From trap moments, to darkwave, to classic electro to cheesy synthwave sounds the interested listener will find great pleasure in discovering the variety this album has in store,
thus making „Stalemate“ by “Straplocked & Ray Gun Hero” an interesting release with a few minus points regarding the mentioned flaws.