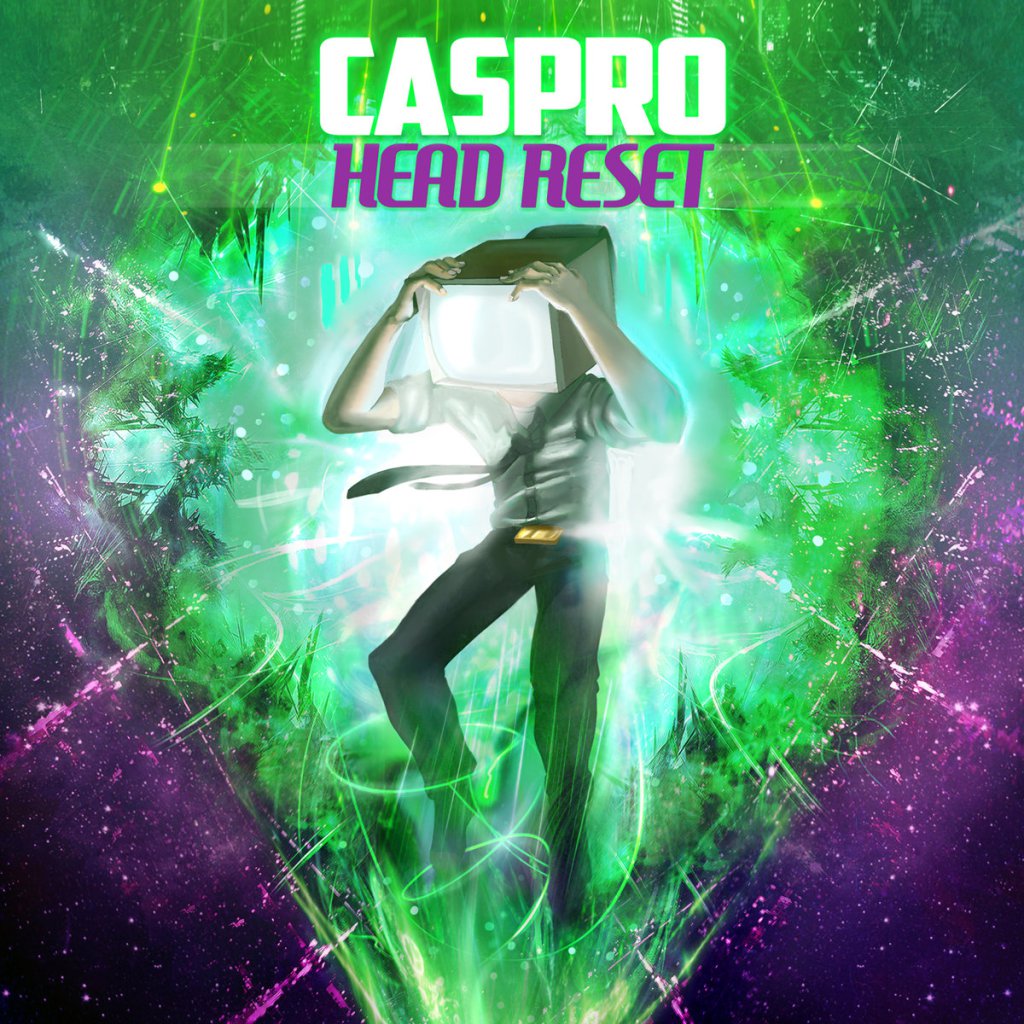 Head Reset is the type of album that defies categorization, yet instead of falling between the cracks like many such releases, the undeniable skill level behind its songs make it a standout in the sea of electronic music. It’s the type of album that can remain on repeat for hours without wearing out its enjoyment, and its highly engaging compositions make it a memorable listening experience even after a single playthrough. One could quickly conjure up a dozen genre tags for Head Reset’s style of uptmempo, energetic electronica. It’s drum and bass, it’s chiptune, it’s synthwave. One could even throw the word techno at the album and watch it stick for a song or two. Head Reset is all of these things and precisely none of them, and it’s all the better for it.

Much more important than the question of what is Head Reset is the question of how is Head Reset, and the answer to that is, simply, exceptional. In all art, there is a matter of inspiration and the equally important, though far less popular, topic of innate talent. Caspro has both in abundance, and they are clear in every aspect of his debut, from the song structures to the intricacy of the melodies and the effortlessly compelling rhythms. Synth leads flow naturally from moment to moment, collaborating with carefully placed buildups, masterful breaks, and the many smaller pieces that add the final touches to any musical creation. The most succinct way to describe Caspro’s compositions is to say they feel “right.” Each time a shift occurs in a song, the change is natural and, almost always, satisfying. These shifts are not always necessarily predictable, though they always feel like the optimal choice for their particular moment in a track.

The complexity and originality of Head Reset should come as no surprise given Caspro’s diverse influences. Inspirations for his music include atmospheric creations like the Blade Runner soundtrack, video game music of all eras, including NES and SNES, electronic artists like Blue Stahli, Deadmau5, and Com Truise, and metal bands including Opeth and Children of Bodom. A classically trained musician, Caspro grew up playing piano and cello before relinquishing those instruments to ply his craft with electronic instruments. All of these musical elements and aspects of the artist’s background are evident on the album, and the result is a multi-faceted creation with a healthy song selection.

The influence of video games and film soundtracks in Caspro’s music also seems to give the recording a sense of progression and adventure. Each song is more than the sum of its parts, representing a musical journey instead of a static series of organized sounds. Without question, the biggest stumbling block for electronic musicians is repetitiveness and redundancy, and Caspro casts aside these shackles with a progressive songwriting approach that delivers consistently new and interesting moments. In relation to the truckloads of humdrum music produced by his contemporaries, Caspro’s first full-length effort is a liberating listening experience.

“Lightyear” launches Head Reset with a perfect representation of Caspro’s distinctive sound and accessible, yet admirably dense songwriting. The track features a multi-part introduction that morphs into the main body of the piece in a way that takes traditional, sectional songwriting, wads it into a ball, and pitches it out the window. Pop tunes be damned, “Lightyear” follows a structure with few rules and maintains listener interest with its near-constant state of evolution. Multiple lead melodies guide the piece, and they frequently echo those immediately before and after them in a subtle and edifying way. Occasionally, as at the conclusion, the leads fire off simultaneously for a remarkable songwriting effort that is as successful as it is ambitious.

“Rockternal” and “Coltvista” are similarly prominent tracks with hook-heavy leads, though the many layers tucked away in each one blur the lines between melody and rhythm. In “Rockternal,” a gliding synth lead races over the top of much of the song, while quicker, more concise notes bounce off the percussion in a surprising and exciting interplay. As with Caspro’s song structures, his approach to instrumentation stands head and shoulders above related artists, offering carefully orchestrated pieces that are worth revisiting multiple times just to follow a single element on each listen.

Every song has its own unique moments that make it memorable and distinct from the others. For example, “Xenoration” delivers a strong club vibe that reveals Caspro’s interest in EDM, while “Fluxmode” incorporates melodies that recall Eastern folk music. The diversity of the album is complemented by its high overall quality. There are no weak spots on Head Reset or filler tracks to pad the running time, even though a small number of entries, such as “Encircle,” slide down in quality to merely “good” instead of “great.” However, the sound production remains clear and free of distractions, with satisfyingly thick bass notes and crisp leads that maintain enough aural distance from one another to allow meaningful interaction.

The technical aspects of Head Reset are commendable, and the craftsmanship and songwriting choices are nothing less than inspired. Yet Caspro’s greatest accomplishment is something far less tangible: Head Reset is the type of creation that is accessible and riveting on the first playthrough while offering enough depth and complexity to reward repeated close listening sessions. In the spirit of the album’s relationship to video games, an analogy to modern Street Fighter games may be fitting: a casual player can pick it up and enjoy it without investing any serious energy into the undertaking, while another player can dedicate hours to unraveling and identifying its finer points.

Head Reset defies classification, yet its singularity helps it stand out rather than sink into the shadows. Its inherent skill and intuitive understanding of song composition make it an endlessly likable recording capable of playing multiple times on repeat without losing its appeal. It is a lengthy creation with a respectable array of influences and a stunning level of execution and detail that makes most electronic music seem lethargic and weary by comparison. As a debut, it’s a stunning accomplishment, and it establishes Caspro as an artist to follow closely.

Check out the best Synthwave albums of 2017 by Iron Skullet